Responding to domestic violence during Covid-19

If you would like to share your story of domestic violence, we can
offer you a safe and supportive space to do so. Learn more here.

Welcome to Neighbours Friends and Families

Neighbours, Friends and Families is a public education campaign to raise awareness of the signs of woman abuse so that those close to an at-risk woman
or an abusive man can help. It engages the power of everyday relationships to
help keep women and their children safe.

Neighbours, Friends and Family research briefs aim to educate and inform others about gender-based violence and abuse against women. The reports will be easily available online and written in clear language that ensures they are accessible to the general public. Our aim is to both educate and inspire action so that readers understand we all have a role to play in ending violence against women. View briefs here.

Persons Day - October 18 - is a day in Canada meant to commemorate the historic decision to include women in the legal definition of “persons”. It marks the time when women were finally granted the right to vote in elections. The problem with celebrating this day? This decision did not include all women - Indigenous women and women of Asian heritage and descent were excluded. It really only reflects gains in voting rights for privileged, white women. While many Canadian women did gain the right to vote during the 1920s, it was not until much later that all women - especially Indigenous and minority women - were allowed to do the same.

If you are in immediate danger, call 911.

The Assaulted Women's Helpline hosts a Crisis Line where help is available 24 hours a day, 7 days a week, every day of the year: 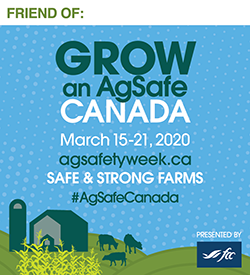 Hold CTRL and press the following for different zoom options: