Indigenous women’s groups estimate the number of missing and murdered Indigenous women and girls at 4,000 in the last three decades. [1] That’s 133 a year. That’s a staggering one every three days for over 30 years. Certainly, the loss of one is too many and it is impossible to quantify the magnitude of the impact on individuals, families and society as a whole. You have to wonder about the urgency of the response to this kind of carnage if those women were white. More than one year after the Inquiry into Missing and Murdered Indigenous Women and Girls, there has been little noticeable action to make positive change.

From this writer’s perspective of white privilege, the reality of life as an Indigenous woman seems remote. As a woman who has experienced assault, I was sympathetic but uncomprehending. Until I met a woman I’ll call Beth.

I met Beth for a coffee in a downtown Toronto hotel on a blustery winter afternoon. Beth is an Anishinaabe elder and she has a PhD. She is a striking woman who wore her hair that day in two long silver braids. As she removed her down coat, I was struck by her bright eyes and warm smile.

“I just met a construction guy at the door,” she said. “He wanted to go to my room so we could party. He wanted to know if I wanted to get a drink.” She added, “I don’t drink.” And then she laughed a little, “I wonder why he said that.”

I didn’t know how to respond but I knew why he’d said those things. We both knew. I just listened and the conversation moved on. I should have asked her if she was okay. I should have acknowledged that his words were unacceptable. I wish I’d done more than just sit there in my white privilege.

The next day, another remarkable thing happened.

Beth had agreed to provide an opening ceremony for an education conference I was helping to organize. One of the conference panelists, an Indigenous medical doctor in her mid-thirties, saw Beth walk into the room. The doctor’s eyes widened and she said softly, and with deep reverence, “Grandmother.”

Just to be clear, this was no family reunion. They had never met. This was a recognition of Beth’s wisdom and status as an elder. In the doctor’s spontaneous reaction, I saw a community’s deep regard for each other and the connection really struck me. I’d never heard someone say a name with more respect. 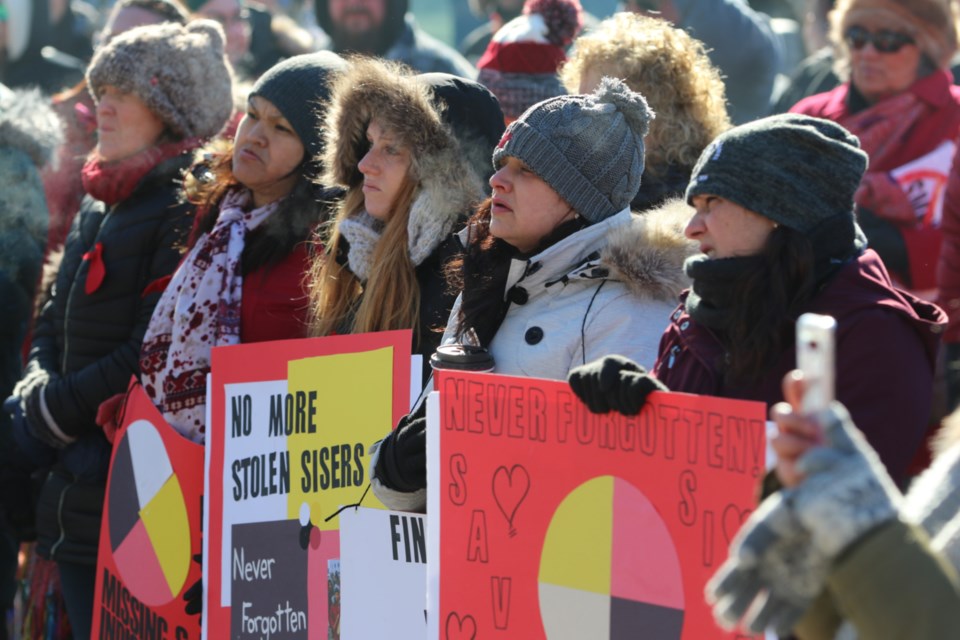 Indigenous societies value oral tradition for sharing wisdom and experience. The simple but moving words of these two women taught me a lot. They helped to move me along the path to greater consciousness of my white privilege and build my determination to be an active participant in reconciliation.

There was a lot of attention to the report of Canada’s Inquiry into Missing and Murdered Indigenous Women and Girls when they made their report in June 2019. It’s time to renew attention to the Inquiry’s nineteen recommendations that include the establishment of a federally-coordinated national action plan, greater public education and awareness, work to address poverty and housing needs and significant changes to the justice system. These are initiatives that can and should be incorporated into pandemic recovery.

Communities or organizations that are interested in organizing a local campaign or that would like to distribute resources, can receive free resources, through funding from the Ontario government, Office of Women's Issues.  Order Now

Hold CTRL and press the following for different zoom options: